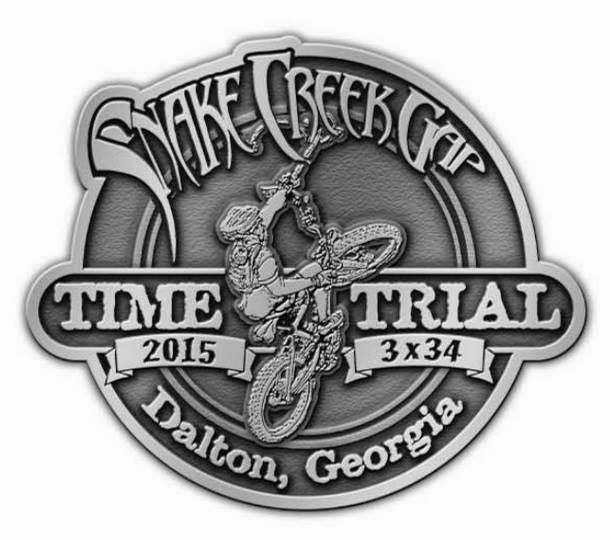 Sometimes I get so caught up in trying to make my life 10% better that I forget how pretty damn good my life is already!  Going into this race, I committed myself to having a great day on the bike, no matter how I felt.  I did not want to let February 7, 2015 slip out of my fingers without breathing in each and every moment of it.  Trying to live in the present can be a difficult task, what with all the shoulda, coulda, woulda's that on occasion take over my thoughts.  I still placed my Garmin on my bike, but did not look at it until the very end.  These days, I can hardly see the numbers anyways, thank you very much presbyopia!

I laid my bike down towards the front.  The timers graciously allowed me to soak up a bit of their portable propane heat while waiting for 9am.  I swear the Dry Creek parking lot is the coldest place in Georgia on any given day.  22 degrees had me throwing in a pair of chemical warmers between my two layers of gloves.  Must keep the fingers happy!  I dressed minimally as I knew it would heat up pretty quick.  Better to be shivering the first 10 minutes than trying to stave off a heat stroke later.

I was in the top twenty off the line.  So cold that my eyes were watering, blurring my vision for the first 10 minutes.  Quads feeling like frozen beef roasts, I was forced to go slow on the fire road.  People passing me like I was sitting still did not deter me.  Kaysee passed me like she was on fire!  I am not afraid to admit that bruised my ego a bit.  But then the "present" me took control and threw my ego off into Dry Creek as I crossed the bridge.

Lisa came around me climbing the double track.  Asking how I was feeling, I replied, "It could be alot worse."  And it definitely could have.  Here I was, on a great bike riding for a cool team, racing The Snake for the 11th year in a row!  Lisa motivated me and I was able to slowly ride back up to her.  She was definitely strong on the climbs, but I could reel her back in on the descents.  Over the remainder of the first half, I yo-yo'd off her rear wheel.

As I turned hard right to begin the arduous climb up Horn Mountain,  I saw 4 poor souls who had unfortunately gone left off course.  I have seen this alot.  It would probably be a good idea to paint some arrows on the ground at this turn.  When in oxygen debt, your body is always going to vote to go downhill!

I entered the pain cave going up Horn Mountain.  My quads burned so much I thought that this might be one explanation for spontaneous combustion!  I managed to clean all the sections, despite having to maneuver around those who could not.  As I descended down to the parking lot,  I knew Lisa did not have to stop, so I would have to be quick in hopes of riding her wheel up Mill Creek Mountain.  I pulled in, swapped bottles, chugged a watered down gel, and pulled out in record time.

I lost sight of Lisa but caught sight of Kaysee.  The carrot I needed.  Still in the pain cave with burning legs, ragged breathing, and tunnel vision, I slogged my way up to her.  I laughed out loud at myself, envisioning me as the character in the Triplets of Belleville.  If only an average person watched us cyclists climb up Mill Creek, they would think us completely off our rockers.

I managed to latch on to her wheel along the ridge.  But then I got schooled on the descents.  Not willing to go THAT fast, I had to settle within my means.  I managed to stay with her until I bumbled at the crest of one climb.  A rock reached out, grabbed my front wheel, and body slammed me.  Bad rock!  This all happened within seconds, but long enough for Kaysee to pull away.  I was able to keep her within my sights until the final descent down to Swamp Creek.  That girl haz skilz!

Climbing up the fire road to Middle Mountain, I was cooked!  At least it was not the soul sucking mud of last month's race.  I rested as best I could on this climb, knowing that I would need a few minutes of upper end power to tackle the gnar of last section of single track.  I saw Kaysee for the last time as she entered the belly of the beast.

No matter how pooped I am at this point, I am always smiles here.  I just love the ruggedness of the trail.  This section favors those with skill, focus, and gutsy determination.  Last month I had no focus and so was the pinball.  Today, though I may have lacked the fitness, I had the focus and grit.  I had a fairly clean, albeit slow run.  Loretta helped to lift my spirits and keep the fire going through the last 100 yards of so of single track.

The remaining two miles I focused on maintaining a strong cadence, knowing how this race can be won/lost by a matter of seconds.  I rolled through the finish line in 3:33:15.

Although I felt like a turtle today, I was pleased with my performance nonetheless.  I realized over the course of the race that sometimes you just need to play the cards you are dealt with.  Living in the moment allows you to have that perfect day!

Posted by Carey Lowery at 9:32 AM
Email ThisBlogThis!Share to TwitterShare to FacebookShare to Pinterest
Labels: racing