The first and last (until now) ultra cross race I did was the 2009 inaugural Southern Cross.  I did it on this bike:

After that race, I swore I would never do another "gravel grinder" until I had the right bike.  It took me 3 1/2 years to get that "right" bike, courtesy of Zeke who bought it first, tried to like it, but just could not fit his head around the idea of "gears."


This green machine was built up with a Cannondale crank, carbon Lefty, 1 x 10 (34T chain ring), Stan's Crest wheels, Specialized 1.8 Renegades, and Ergon's GX2 grips with carbon bar ends.  Right now I am using a Dura Ace front derailleur as a chain retentioner, but I am hoping that the Paul's Chain Keeper with extension will work.  This is my first ever "rent to own" and I rather like it!

160+ racers on a wide variety of bikes started out rather "hot" at 8 am.  I chose to not go out as fast as I did at Fool's Gold, but rather let the race come to me.  I just set my own tempo up the FS477 gravel climb, flew down the descent passing several on CX bikes and 3 cross bikes that succumbed to flats.  I rolled along FS1206 and this is where I felt my overdrive finally kick in.

At the first aid station, I was met by the volunteers in "NASCAR-like" fashion.  Awesome!  In and out in less than 10 seconds.  I was feeling great and motored up FS5000.  So far I felt I was equal with the cross bikes on the gravel climbs and at an advantage on the gravel descents.

And then came the 10 mile grind up the Blue Ridge Parkway.  2700 feet of climbing on pavement. It was here that I was wishing for skinnier tires.  However, I did not focus on the negative, but rather took in the spectacular views that the Parkway has to offer.  That is one aspect of this type of racing I enjoy.  I have time to take in the beauty.  As Jonathan Davis so aptly put it, "I felt like I was riding into a painting."

I was by myself along this section until the second aid station.  Unbeknownst to me Mark was 200 yards behind me grinding on his 36 x 17 SS mountain bike.   Had I known this I might have sat up a bit, allowing him to catch, and then work together.  But no matter how much the head wind sucked, I had to keep moving.  Somewhere behind me was Brenda, Cissy, and others.

It was good to see Troy on the parkway; he was going in the opposite direction, doing an over nighter, and hooking up with his girlfriend who was riding the northern half of the BRP.

I rolled into aid station #2, was treated like a queen, and rolled out once again in less than 10 seconds.  It was here I was able to catch onto a wheel, but he pretty much left me standing still on the first gradual  descent.  I just did not have the gearing to stay in contact.  And my legs were barking a bit.

The remaining 10 miles of BRP was a mix of small climbs (1-3 miles), some false flats, and a few descents.  Mark was finally able to catch me, we chatted a bit (gear choices, tire choices and TNGA), and then I was finally able to tuck into his draft on a couple desents.  That helps, as little ole me can only go so fast ... I was definitely under geared here and my terminal velocity sucks.

Shortly thereafter, Mark set out to reel in the CX SS'r who was just ahead of us.  I let Mark go as it was too much of an effort.  I settled once again and soon caught back up to the cross rider who left me in his wake earlier.  Charlie was his name and he was beginning to have a moment on the climbs.  I came around and paced him up the climbs and he was kind enough to let me hitch a ride on the descents.  This time I was feeling better and able to hang on.  And hang on I did, especially on the 7 mile Hwy 215 descent.  That was just stupid fast!  I did not know how fast I was going (probably a  good thing), but my tires were making a high pitches whhrrr all the way down.

I did not need to stop at aid station #3, but did an empty bottle hand off to one of the volunteers.  Smelling the barn with 13 miles left to go, I reeled in Mark.  He had been successful in passing the SS'r just ahead (I had passed him as well as he was spinning his brains on the final BRP section).  We worked together on the climb up to Gloucester Gap and then on the final paved descent back to the finish, I spun my brains out to help him.  We came across the barriers together, in 4:48 and some change.  I won and he was 3rd in his field.


I was tired, but not thrashed like I had been at the Pisgah 111.  Eric, you did not crush my soul.  Surely you are not getting soft.  I saw a couple opportunities where you could have made this really brutal.

There were a lot of park rangers and sheriff's deputies out on the course and directing traffic, making it really safe for us racers.  I made sure to thank each and every one of them.  It wasn't until I talked to Eric later about them that I found out that they were not volunteering.  Eric was paying them anywhere from $25-60 per hour.  I saw at least 6.  They were out there for 8 hours.  You do the math.  One of the many hidden costs of putting on an epic adventure.  So I don't wanna hear any more fussing about how much endurance racing costs.  Pay up or shut up.

Dare I say I am beginning to like this gravel grinding?  Looking forward to signing up for Southern Cross.

I made my weekly journey to Bare Necessities today.  This is a little store in my home town that sells damaged and out of date groceries at a deep discount.  As gluten free goods are at a premium, I am ecstatic when I find pasta, flours, cereals, and cookie/brownie mixes.  I have been known to clean the whole shelf off on occasion.  Hell yeah!  The discounts are anywhere from 50-75% off!

Today look what I found. 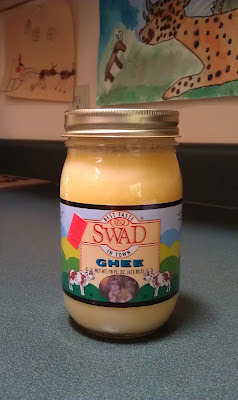 Which leads me into this whole Whole 30 thing.  A few months back, a friend of mine posted on FB that she was doing this new diet (I call it a lifestyle).  Well, I looked up the website and gave a brief perusal.   Basically a Paleo diet devoid of sugar.  I put it on the back burner.

And then this website began popping up on everyone's wall, it seemed like.  And this time, I took a real hard look.  I wasn't about to let anybody get a competitive edge over me.  In my 44th year, I am no spring chicken; I don't bounce back like I used to.  I need any "legal" assistance I could get to keep my fitness and health at its highest.  So I bought the book.


Being celiac, I had already dumped the gluten.  Just recently I had stopped eating legumes after experiencing some milder gluten-like symptoms when eating them.  That is 2 of the 5 "food groups" that the plan has you cut out.  Seed oils is another group that will be easy to let go; olive oil is my "go to oil" anyway.  So I am over half way there.  Easy peasy, right?

Sugars and sweeteners (which includes chocolate) are my Kryptonite.  I enjoy my creamer less coffee with a good dollop of honey.  And my bite of dark chocolate every now and then.  This could get very interesting.  Which will win out:  black coffee or no coffee?

I do love dairy, but lately have drastically cut down on the amount, no more protein powder, ice cream, or cheese (meh).  I suspect that the milk protein, casein, is causing some less than desirable GI symptoms as well.  I will miss my Greek yogurt, though.

I am planning on going Whole 30 Monday, November 26.  My Mom is on board, but wanted to wait until after Thanksgiving since she is hosting.  I have pleaded to some of my fellow Athenians to hop on the train, but so far no takers.  Come on, what doesn't kill you only makes you stronger!  And I promise this way of eating will not kill you, at least in the biological sense.  It would be cool to share recipes.  I've made a killer frittata and salmon burger!  And I am looking forward to creating a salad dressing that doesn't have a gazillion ingredients.

The hardest part is going to be drinking unsweet coffee ...