While all of my FB friends are headed south to frolic in the dirt and sunshine at 12/6 Hours of Santos, I have been enduring my first of 6 weeks of forced rest.  As I have mentioned before, ever since I ramped up my training/racing after a 5 week break over the Thanksgiving/Christmas holidays, I have felt "flat," and two power tests showed a 10% decrease in power and a 10-15 beat drop in my heart rate.  After lackluster performances at the Chainbuster 3 Hour and the Snake Creek Gap TT, I went to my primary care doc.

While awaiting bloodwork results, I diagnosed myself with everything from another food allergy to Lyme Disease to heart disease to cancer.  I had considered being "over trained" briefly, but how could I be?  I took 5 weeks off any structured training.  Yes, I still did ride, but in the JRA zone.

Just last week, after finishing up my fourth week of structured training, I pulled the plug.  I pretty much fell apart on the bike while doing a 4 hour single speed ride, where I was supposed to build up to hard and fast the last hour.  I called it after 3 hours, when I could not get my HR into the 140's and on any grade greater than 5%, I barely could turn the pedals over.  I decided right then and there at the Dry Creek parking lot that I was not dying of some horrible disease, but that I had pushed my body to its limits and beyond.

The next day I received my blood results.  All was normal, including a TSH and T4, but my free T3 was considerably low.  This is called "euthyroid sick syndrome," or non-thyroidal illness syndrome.  This is a dysregulation of the thyrotropic feedback control, where the T3 and/or T4 levels are low, but the thyroid gland is not dysfunctional.  This condition is seen in starvation, critical illness, or in over trained athletes.

Hindsight is 20/15.  I had a heavy race laden season last fall.  In both Sept and October, I did back to back to back races.   I ended my season later than usual with the last race being Oak Ass at the end of November.  And I was on fire and feeling great!  Coach warned me, but I was having PR's and my numbers were up, so I did not even know I was digging a whole that I might not be able to climb out of.  I should have known after noting in my training log that I was feeling a little "off" at both Nite Nationals and Oak Ass 50.

I took time off training from the end of November until the first Snake in January.  I thought that this would be enough, but apparently not.  What I also did not take into account was the extra  "off the bike" workload that I had taken on during this recovery period.  More work days and hosting holiday festivities does not equate to adequate rest.

So Coach has me off the bike for 6 weeks.  I am praying that this will be long enough for a reset.  In her latest email to me, she has warned that it could possible take 6-12 months to overcome ... which really has me scared.  Scared enough to stick to the plan.

I've learned a painful lesson.  If I am blessed enough to start racing again in April/May, my schedule will undergo a drastic overhaul.  I have the drive of a 20 year old, but a body that is more than twice that age.  In the meantime I may start a BA (Bike-aholic's Anonymous) chapter.

As much as I hate February, I am grateful for the ugly weather.  Being off the bike hasn't been too bad ... yet.  I'm sure once the warm weather comes, I am going to have "ants in my pants."  Hopefully I won't go postal on my family.

So what to do with all this free time.  This week I painted my bedroom.  My family is enjoying my down time as they are loving all the home cooking.  Next week, more painting.  Lots of stretching, core work, and yoga.  My bikes will all be getting detailed and dialed.

Oh, and lots of cuddle time! 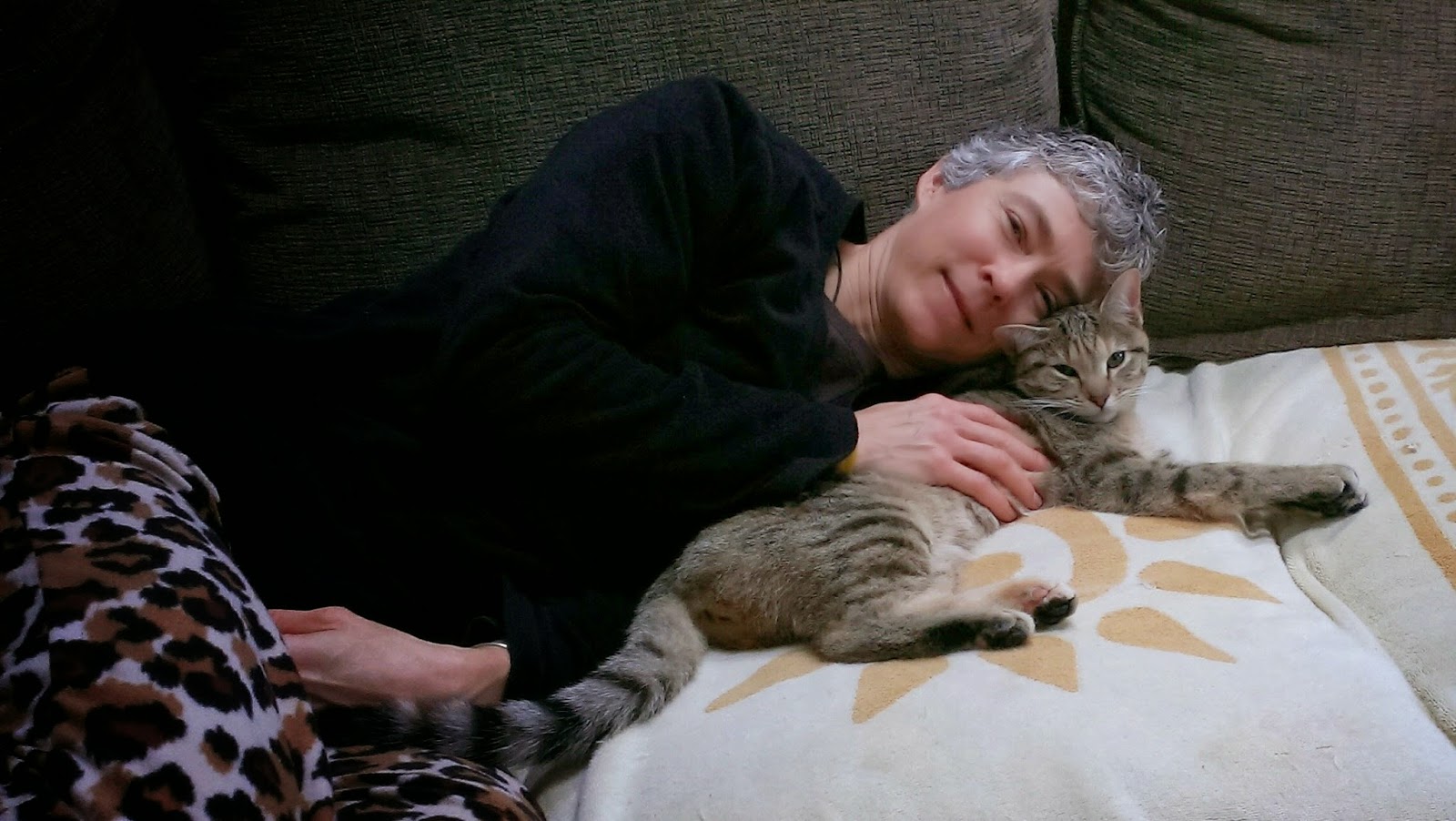 Posted by Carey Lowery at 7:52 PM
Email ThisBlogThis!Share to TwitterShare to FacebookShare to Pinterest
Labels: over training

wow, I'm glad you found the culprit! Sorry you gotta be off the bike. Maybe you could build model rockets or something?