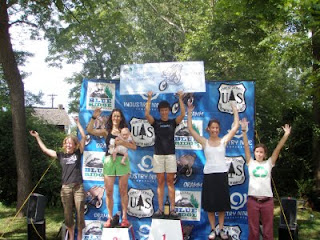 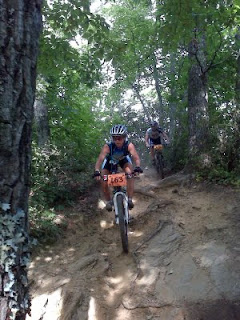 ORAMM was well organized, well marked, had awesome volunteers, and great post-ride food and drink. Todd puts on a high quality race and I am sure the Pisgah Stage Race will be the same ... cannot wait!
Posted by Carey Lowery at 5:32 PM
Email ThisBlogThis!Share to TwitterShare to FacebookShare to Pinterest

Great write up Carey! Congrats on your win!

Great race Carey and sounds like a miraculous save on the switchback!

Trail angel is right!! Thanks, Zeke for your help. Congrats on the win, Carey, come back for the record next year!