Having spent the first part of 2014 fighting a respiratory infection, my training has been less structured than what was planned.  I was nervous how my body would respond to the demands of The Snake.  Temps were in the upper 20's at the start and I appreciated Paul lending his jacket to me while I waited in line to start.  I was probably about 75 people back.  Not where I wanted to be, but, in the end, it was probably a good thing.

The road leading to the creek was frozen and fast ... and surprisingly, no mud bogs to traverse.  As I settled into a steady tempo, I knew it was going to be a good day.  Funny, I never know how my legs/body/lungs are going to respond until the race starts.  From the time I wake up on race day to I toe the line, there is a nervous energy revving my engine.  Fortunately for me, the diesel was burning clean and the legs were sparkly.

The creek crossing was 4 inches deep.  Half pedaling, I kept my feet dry.  The double track climb up John's Mountain was amazingly dry; there were only a few sketchy muddy spots.  Traffic was heavy, but it kept my RPM's down and allowed for a good thorough warm up.  The same went for the single track over to the forest service road.  I kept my cool, knowing that what energy I did not blow now would be there when I asked for it later.

I had a couple SuperSport Athletic Wear team mates around me.  Tyler Martin just ahead and Randall just behind.  It was motivating to see those green kits ... proud to be racing with a team of good people.  The forest road was closed to vehicular traffic, so I was able to open it up on the descent.  This area had a controlled burn a few weeks ago and the acrid smoky odor was still in the air, but not thick enough where it had any affect on my lungs.

By the time I started climbing up Pine Needle Hill, traffic had cleared and I was in my own little bubble of happiness.  About an hour of racing had gone by and my body was ready to kick it up a notch.  Faith (that's what I call my Niner Jet 9 RDO) was behaving wonderfully.  With flawless shifting and suspension dialed, the trail was as smooth as butter.  Yeah, I name all my bikes ... and I still sleep with my stuffed Dalmation that I have had since I was 4.  You got a problem with that?  Let's settle it on the race course!

The remainder of the first half was in superb condition.  Even the usually muddy uphill leading to the Horn Mountain single track climb was dry and rideable.  Score!  I came into the Snake Creek Gap parking lot at the 1:34 mark.  Not my fastest, but not my slowest either.  I made short work at the pits, swapping bottles and grabbing a gel.

The climb up Middle Mountain is usually a kick in the pants, but today was all about unicorns and rainbows.  Having conserved some energy in the first half, I felt really good.  I slowly reeled in my teammate Tyler on the climbs, but then he would quickly dispatch me on the descents.  This was good motivation for me and kept my mind off any fatigue that might have been slowly making its way into my muscles.

As I came upon the section that I flatted last month, my mantra was "float like a butterfly."  It worked.  A clean run down to the multiple creek crossings.  I caught Tyler on the muddy climb up to "fun" single track.  I goaded him bit, knowing that he had more in him that he was showing.  If the roles were reversed, I would hope that my teammate would do the same.

My bike was pretty clean ... up until this point.

I always look forward to the last technical bit of single track.  Even more so now that I run I-9 wheels.  The instant engagement has allowed me to clean obstacles I have had trouble with in the past and clean other obstacles quicker. 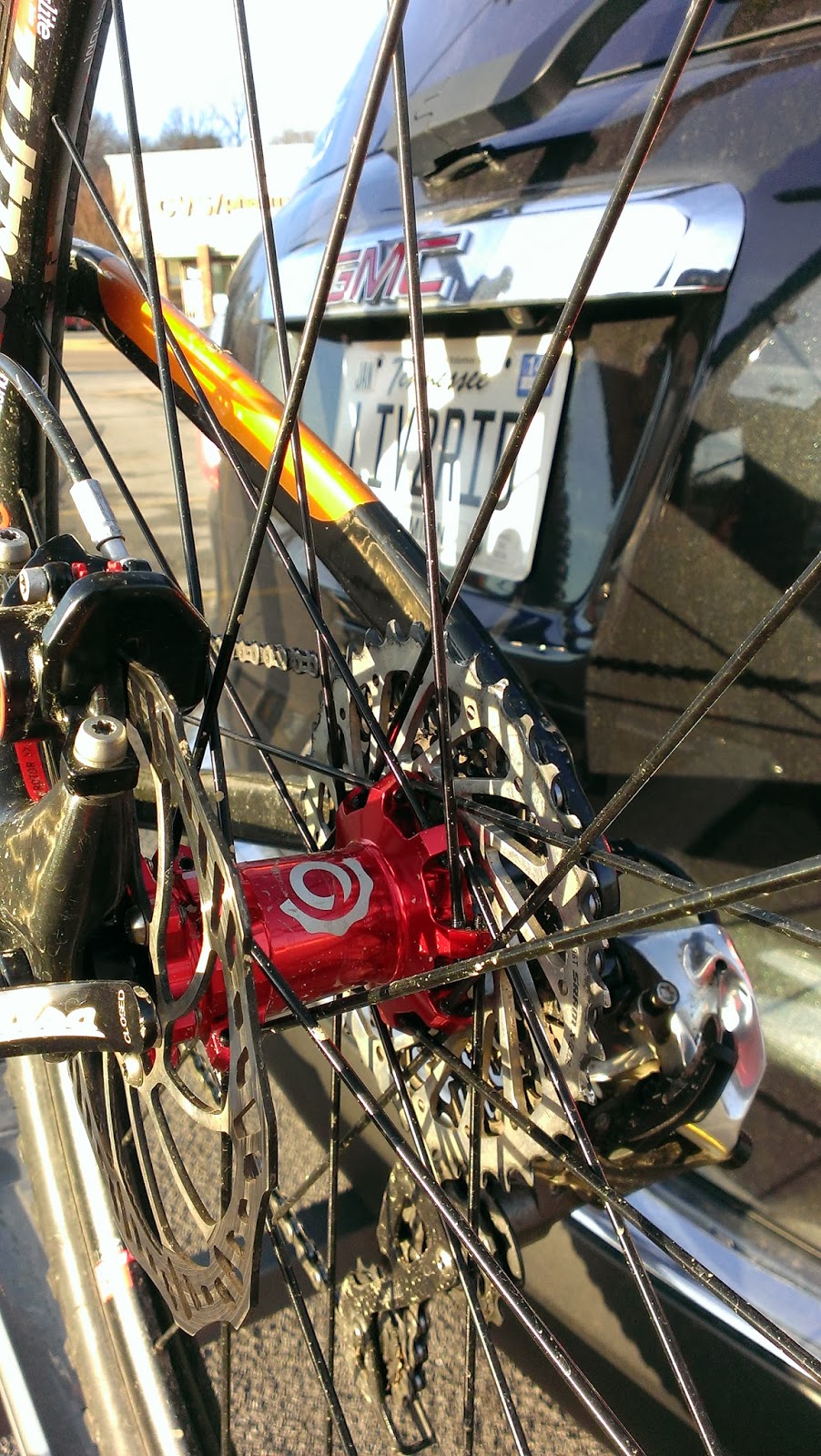 I came upon another teammate, Lisa, in this section.  She was rockin' the descents, but having a bit of trouble on the steeper climbs.  (I have no doubts that in due time, she will be back to her former mountain goat self).  Even though no words were exchanged, in our own way, we helped each other "get after it."

I opted out of attempting The Wall.  I knew it would be faster and more efficient to just run it and save myself from a potential cramping episode.  Except for a couple sections where I had to run around other racers, everything else was rideable.  I was hoping to catch the coattails of a Big Kahuna on the final pavement descent to the finish, but alas, I was all alone.  So I pedaled, pedaled, pedaled!

I raced it to the finish for a time of 3:32:45.  Not too shabby for not having much of a structured training program the past two months.  Now if I can just finish out the winter healthy and have my Coach break me down and build me up, March should be fantastic!

Exciting report as always. Great ride out there.