Coach, This One's For You

I am going into my fourth year of being coached by Lynda Wallenfels.  I, as well as she, still sees the potential in extracting a few more watts out of my body for the 2012 season.  I can honestly say that I would not be where I am today, fitness-wise, without her help.

My relationship began with Lynda in September 2008.  What prompted my decision to hire a coach was a combination of increased workload with my job and motherhood and what I suspected was over training.  I had been self-coaching with this: 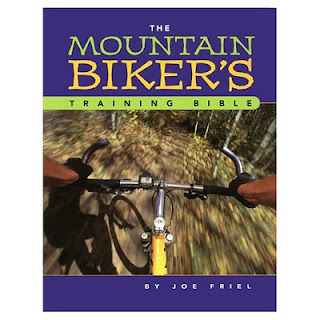 The "straw ..."  happened at the Mohican 100 in June 2008.  I suffered miserably for 100 miles.  Too stubborn to DNF, I pushed on through to the end watching one lady after another pass me like I was standing still.  By mile 60 I was in tears, begging sticks to jump into my derailleur and end my misery.  When I rolled across the finish line in 7th place, almost an hour off my winning time in 2007, I vowed that I would hire a coach.

And I did.  Enter Coach Lynda.  Based on recommendations by Krista Park, Danielle Musto, and Jeff Kerkove, I hired Lynda.  I also chose her because she was a working Mom who was able to kick ass in the endurance scene.  I met her face to face at the 2008 TransRockies.  Any reservation I had about her as a coach was dismissed as she rode past me on a long, steep climb like I was standing still.  Oh yeah, she was also on a single speed!

We got to work right away.  The hardest part for me was "letting go" and entrusting her with the task of creating my training schedule.  At first it looked and perhaps felt too easy.  It was like she had put a governor on my engine.  But soon enough, I began noticing changes, especially in how I felt.  Less overall fatigue and stronger on the bike.


I would say my biggest accomplishment with Lynda was winning the Cowbell Challenge in June 2009 and in the process beating Rebecca Rusch, an awesome and very well respected ultra endurance racer.  That day I felt like I had no chain on the bike.  Despite temps in the high 90's, I rode the perfect race.  That credit goes to Lynda's coaching abilities.  Within 9 months, she was able to understand my physiology and tweak my fitness to an all new level.

The hardest part of being coached by her is the distance between us.  She lives in Utah, I in Tennessee.  At first, I was worried about her getting to really "know" me.  Thank goodness for cell phones, power files, emails and internet.  Never fear, her knowledge of power, acute/chronic training loads, training stress scores, and other analyses that are over my head allow her to "know" and fine tune me.

She was also the one who figured out my gluten intolerance.  For that, I am forever in her debt.  Although she is not a nutritionist, her knowledge of it has been invaluable to me.  I am in the best physical condition than I have ever been in.

Is a coach what you need?  Perhaps.  If you have hit a plateau in your training/racing, if your life is so hectic, you don't have time to plan/analyze, or if you are new to the sport and have no idea where to start, I suggest you check into it.

Coach Lynda offers many levels of coaching, from coaching programs to training plans.  What I really like about her is her ability to take in all the variables and fit a successful plan to my life style.  I think it is easier to train a professional athlete who has nothing else to do but train and race.  Where a great coach shines is in her ability to successfully train working people who have jobs and families (tons of variables!)

Thanks, Coach for a great 3 years.  Hopefully, you can help me to crank out another 3 wonderful years!

Posted by Carey Lowery at 3:07 PM
Email ThisBlogThis!Share to TwitterShare to FacebookShare to Pinterest
Labels: coaching

With your work ethic and work capacity I think you have the ability to do anything you put your mind to! You are a joy to coach.

Great post Carey! I share many of your sentiments about coach LW. I hope your foot heals up fast and it would be great to ride with you again at Camp Lynda 2012. (Disclaimer: There is no official event called "Camp Lynda" nor is Lynda Wallenfels officially associated with any sort of organized ride/training that takes place in desert early each spring)

Great post Carey! I share many of your sentiments about coach LW. I hope your foot heals up fast. It would be great to ride with you again at Camp Lynda 2012. (Disclaimer: There is no official event called "Camp Lynda" nor is Lynda Wallenfels officially associated with any sort of organized ride/training that takes place in desert early each spring)

Very nice Carey. What great words and truths you have spoken about such a great lady. You have both been a huge inspiration to me. Keep kicking butt sister!

What great words and truths Carey. Such a nice write up. Both of you have been such an inspiration to me. Keep kicking butt sista!