Back To Some Sense of Normalcy

The past 6 weeks have been enjoyable, but insanely hectic, too.  The holidays were definitely funner when I was a kid.  I did not worry about how many cookies I ate and I giddy in anticipation of what Santa was bringing.  Now 1 cookie equals 1 trainer workout and I dread January's credit card bill.

I host Christmas as Carly wants to make sure that Santa knows where she is.  What that means is although we don't have to do any holiday traveling, I am in charge of preparing the Christmas Day meal for the grandparents and us.  Turkey and all the fixin's was the menu for this year; about 8 hours of work that was demolished in about 45 minutes.  I have already decided for next year that the menu will be Tony's frozen pizza! 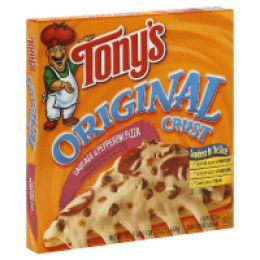 Well, o.k., I might have to upgrade the pizza to Papa John's or homemade, but you get the point.  No slaving in the kitchen for me next Christmas.

Carly had a great Christmas.  The two most favorite things she got were a Razor scooter from Granddad Jack and a Wii from Santa.  Since the weather has been most uncooperative for outdoor scooting, she has been all over the house with it.

I have been using my Professional Kitchenmaid Mixer to make healthy breads for everyone, including myself.  Banana Nut, Apple Walnut, and Pumpkin have been favorites.

I have yet to craft any yeast breads, but hopefully will soon get the chance.  Yeah, I know it is not Paleo, but ... a nice warm Foccacia is mmmmm.... so good.  I will reserve the non-Paleo items for the hard work out days.

I should have probably opted for the Garmin GPSMAP 62St as my gift, but did not think I would need it for several months. 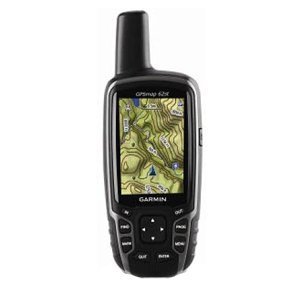 However, after signing up of  Camp Lynda, I might be sorry I did not get it sooner.  Oh, well, I will just have to keep up with someone who has a GPS.  As for riding in Utah, I am so looking forward!  I have never been to that state.  I just hope/pray that the weather improves.

I have been diligently training through the holidays; lots of time spent in the gym with the hopes of acquiring Katie Compton-like strength.  Tomorrow is the first Snake TT.   The weather is definitely going to make it interesting.  I don't expect any PR's, just a good solid SS workout.

Last year I told Carly that she was going to pick a sport to try in 2011.  Her options were soccer, basketball, or mountain biking.  She loves to play sports, just not in an organized way.  I think she is afraid of not being good in front of a crowd of team mates and spectators.  She told me last week that she wants to mountain bike.  Hell, yeah!

So our 2011 plans will include the SERC series:  Carly on gears and me on a SS.  I just wish I could get her a bike that didn't weigh 30 pounds.  That would be the equivalent of me racing a 55 pound bike, something I just can't fathom.  Oh well, it will just make her stronger, right?
Posted by Carey Lowery at 8:33 AM
Email ThisBlogThis!Share to TwitterShare to FacebookShare to Pinterest
Labels: family, racing, single speed

I am biased but I think St George has some of the best mountain biking anywhere. Make sure to bring warm riding cloths and rain gear. It is one of the wetter months. Last year was a bit abnormal though usually one day of rain then it dries out.

Have a super time in St. George! You will absolutely love it there. I really miss my days of living in Las Vegas and riding up there with Lynda...I'm VERY jealous!! :)