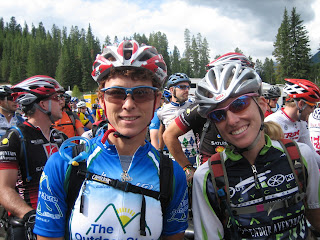 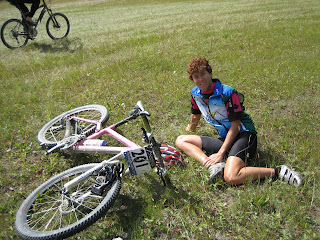 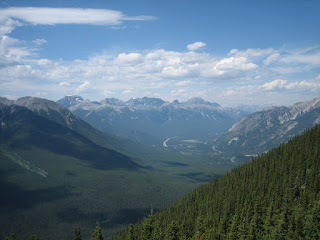 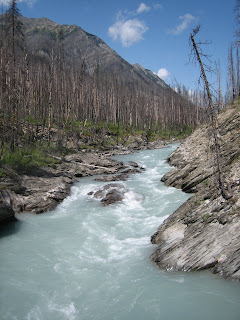 1. Collapsing at the end of each stage knowing that our bikes would be taken care of by our awesome support team.
2. Eating two pounds of spaghetti and 5 pieces of garlic bread with never a thought of how many calories I was consuming.
3. The look on my face the moment I realized I (along with 100 others) had just hike-a-biked an extra 700 vertical feet on Stage 2.
4. Regaining the lead on Stage 2 as we passed the 2nd place team on the final climb. (They were far enough in the back and so did not do the extra hike-a-bike.)
5. Watching the full moon rise over the Rockies.
6. On Stage 4 (2nd place was just a couple minutes behind us) hearing a long-ass train come down the tracks just moments after we (but not they) had crossed the tracks.
7. Watching a male racer endo into a 2 foot deep mud bog after I had let him pass me because he was rubbing my rear tire.
8. Fists in the air as we crossed the final finish line in Fernie!
Posted by Carey Lowery at 3:24 PM
Email ThisBlogThis!Share to TwitterShare to FacebookShare to Pinterest

You gals rocked it so consistently...super impressive.

Carey,
Thanks for the descriptive posts and beautiful photos. Your riding and writing are inspiring; and a great example for female riders.

Where was the third photo taken with the burnt trees and creek?

LMG,
Photo was taken along the Vermillion River in Kootenay National Park.
Carey

LMG,
Photo was taken along the Vermillion River in Kootenay National Park.
Carey